Darvish Khan (Gholam Hossein Darvish) was born in Tehran in 1872. His teachers were his father and Agha Hussein Gholi Farahani, from the most respected musician family of the 19th century in Iran. He was a member of the Aziz Soltan music group. Later, he attended the Darolfonoun Music School. He recieved the First-Class medal from the French government for his works and concerts for poor people.

He played an exceptional concert at the Grand Hotel of Tehran with other great masters of Persian music of his time such as Aref Ghazvini, Hadji Khan Zarbgir, Ebrahim Mansouri, and Reza Mahjoubi. He went to London for a recording session with Habibollah Shahrdar, Hussein Taher Zadeh, Bagher Khan Rameshgar, Asadollah Khan, and Akbar Flout. He also went to Teflis, in Georgia with Bagher Khan, Hussein Taher Zadeh, Eghbal Azar, and Abdollah Davami for one year.

Despite the fact that he was considered as one of the masters of the 19th century and the beginning of the 20th century, he had a really modern ways of performing and composing. He was very talented in composition. He recorded many works playing Tar and singing. It's said that he added one string to the Tar to enhance it's sound.

He died at the age of 54, on 22 of November 1926, in an accident. His carriage was hit by a lorry automobile which was very rare at that time. 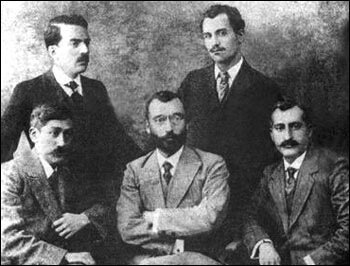